Children’s gifts and toys for racial minority and mixed families

Everywhere we look, corporate American uses minority actors and related imagery in its advertising campaigns. With people of color, multiracial couples, and cross-cultural symbolism populating everything from branding art to beer commercials, one would think that the business community has fully embraced the country’s increasingly diverse landscape.

Tell that to minority parents who have spent the past month combing through store aisles and online catalogs in search of popular holiday gifts that look like their own children.

After Mattel subsidiary American Girl discontinued an African American doll and its only Asian doll last spring, a periodic debate has revived about the presence – or lack thereof – of toys that reflect the needs of families of color.

In an in-depth article on the topic, Jolie Lee of USA TODAY Network notes that “children can distinguish race as early as three years old, according to child development experts. ‘When you hand a child a doll and it’s either black or white, that child totally notices the color of the doll,’ said Rebecca Bigler, psychology professor at University of Texas at Austin.”

While race may not have played a conscious part in American Girl’s actions – they were actually discontinuing an entire line of characters – passive ignorance can cause just as much harm as deliberate exclusion. Liz Dwyer reports in TakePart that Black versions of Mattel’s signature Barbie dolls are harder to find and, in at least one retail outlet, priced twice as high as a White one. 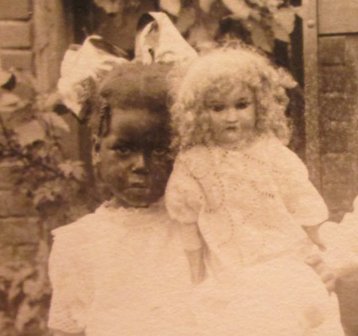 The mere fact that modern parents demand more minority-focused products for their children should give major toy makers a good reason to reassess their product lines. It is not as if no business data exists to support it. A recent Nielsen study reveals that minority consumers will account for a great deal of this year’s anticipated increase in holiday spending.

Cross-cultural holidays are certainly nothing new. Oregonlive.com reminisces that Jewish families have spent the past century adapting the symbolism of Christmas in religiously and culturally appropriate ways. “There are Hanukkah greeting cards, cookie cutters, and even tree ornaments shaped like the three symbols — Stars of David, menorahs and dreidels — that scream “Hanukkah!” amid a sea of holiday merchandise adorned with Christmas trees and Santas.”

Rachel Garlinghouse posted on Adoption.net a great list of companies that supply children’s products with a minority focus, which she compiled after finding it difficult to shop via mainstream outlets. “I didn’t realize that characters who resembled my child would always be the sidekicks or antagonists, never the heroine or central character.”

Darla Shelden of the Oklahoma City Sentinel profiles one curious but innovative effort, the “Diversity Beans” project, in which a local entrepreneur from a multiracial family uses that staple of childhood sweets, the jellybean, to teach kids the importance of respecting people even if they look different. It accomplishes this with unusual combinations of color and taste. “For example, a red jellybean might taste like licorice and a black jellybean might taste like coconut, revising the old adage, “Don’t judge a book – or a bean – by its cover – or its color.”

We are gradually evolving into a more integrated society that celebrates humanity as a rainbow of diversity, but not without resistance from those who would drive the USA back to its old segregationist days. Progressive parents need the tools to impart self-esteem and respect for others, before the social forces that support prejudice and discrimination begin exerting their considerable media influence upon our nation’s young children.

David Arv Bragi is the editor of the grail multicultural blog.