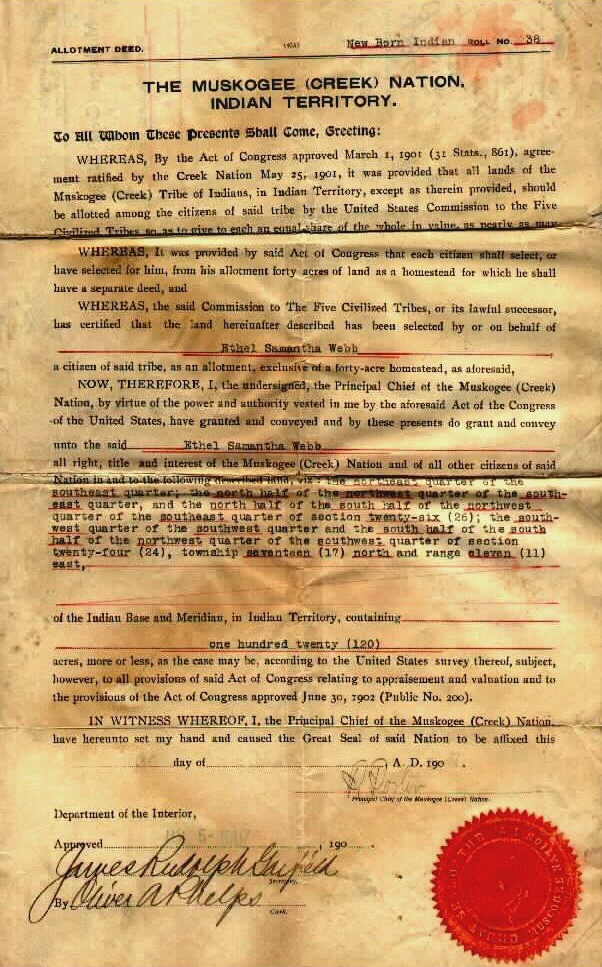 Ethel Samantha Webb’s deed for 120 acres of Muscogee (Creek) tribal land, recorded on July 13, 1907 at 2:00 PM, about a month before her 4th birthday. Privatizing tribal lands was a major part of the federal government’s policy of attempting to assimilate Native Americans into mainstream US culture. 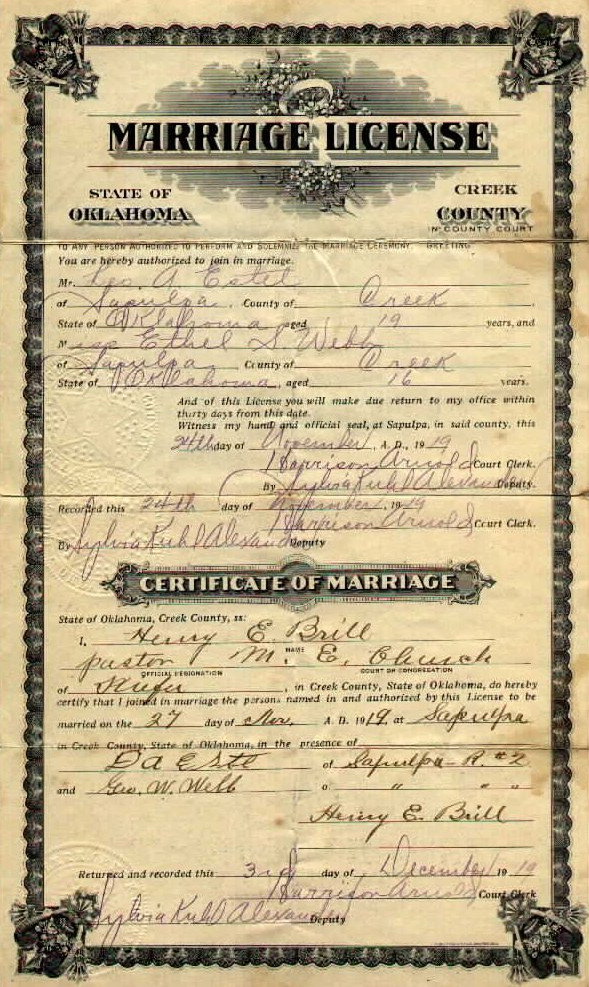 The 1919 marriage license of Leo Arthur Estel and Ethel Samantha Webb. The “M.E. Church” where the ceremony was performed is probably the same Methodist-Episcopal denomination who once claimed Ethel’s great-grandfather John Douglass Bemo as a member.

(EDITOR’S NOTE: The preceding images originally appeared in the online multicultural journal New Tribal Dawn, which published essays, fiction and poetry from 1999 to 2007. Although the journal is no longer active, we are preserving its fine literary archive here for posterity.)