Photos of the 2010 Labor Day march and rally in Tucson, Arizona in support of the region’s migrant workers 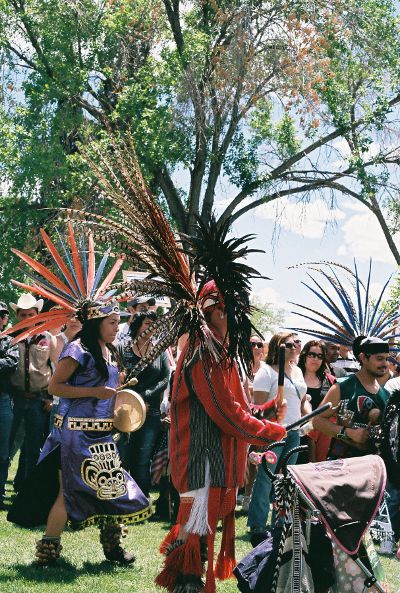 The year was 2010 and tensions between the Arizona state government and its Hispanic residents had simmered for months.

The legislature had just passed a controversial new law, known informally as “SB 1070”, that criminalized immigrants who do not carry proper identification papers and encouraged police to arrest them.

Rally participants raised concerns that Arizona politicians were racially profiling non-white residents, especially among the working poor, as well as preventing non-citizen workers from organizing to protect their labor rights.

In addition, the governor was about to sign a law that restricted ethnic studies in public schools and had been written specifically to close down Tucson’s innovative ethnic studies program.

Participants saw the event as way to express pride in the City of Tucson’s ethnically-diverse population, as well as their determination to have a voice in the political destiny of their families and communities.

The US Supreme Court has since invalidated some, but not all, of SB 1070’s provisions. The ethnic studies law has, so far, been upheld by federal courts. 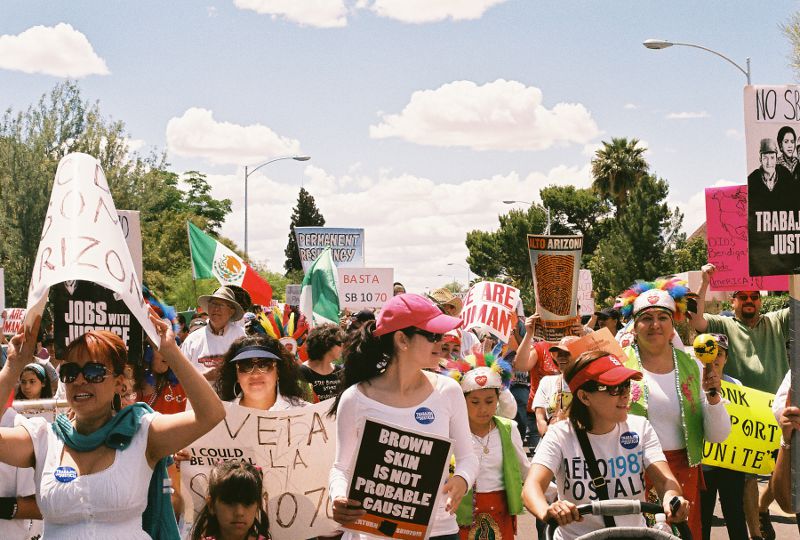 Marching through the streets of Tucson. 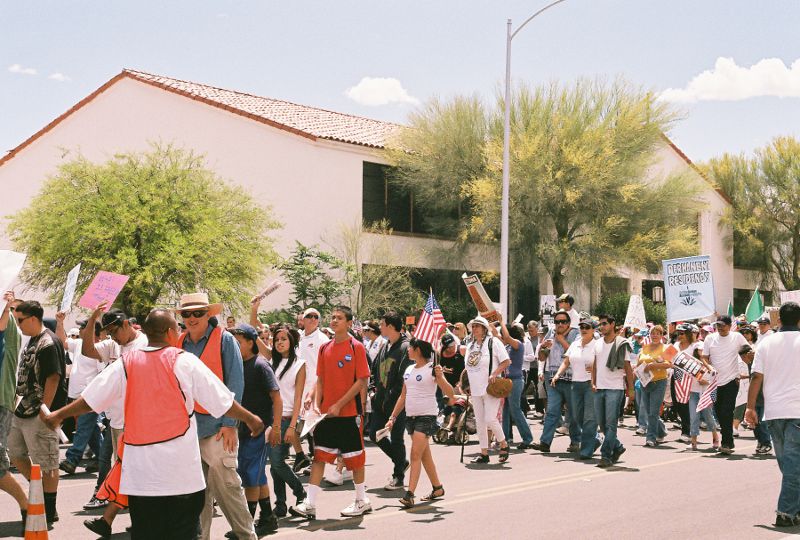 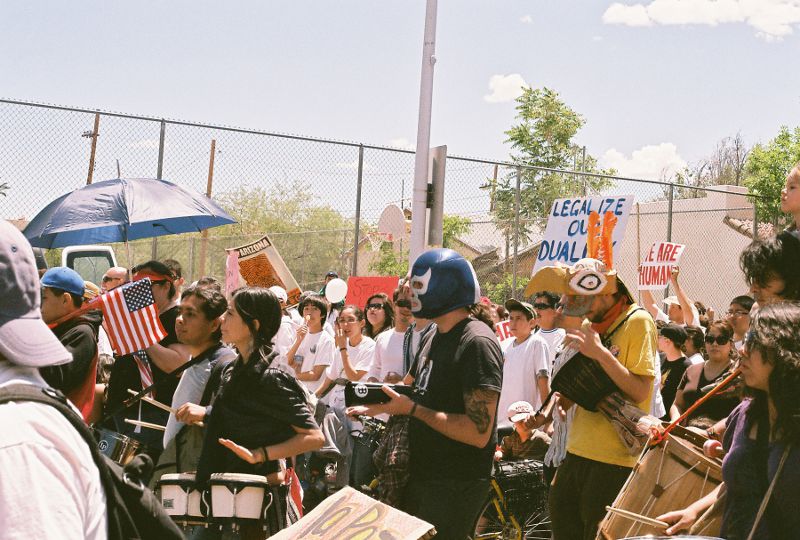 …it was a large rally. 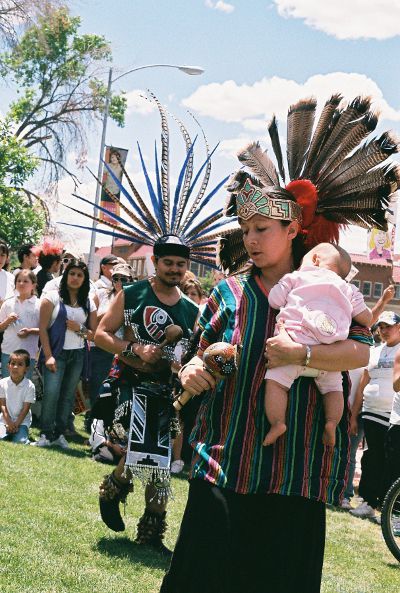 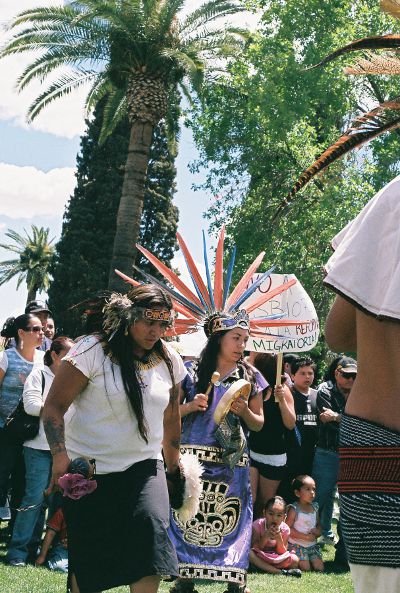 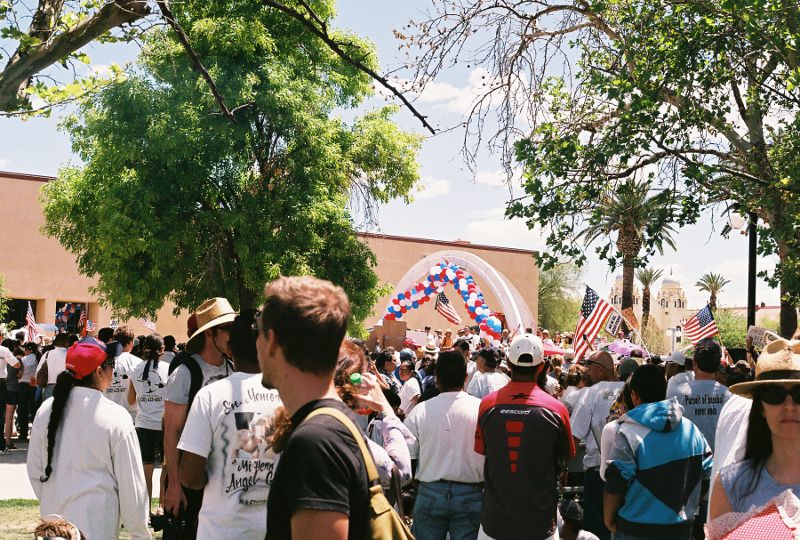 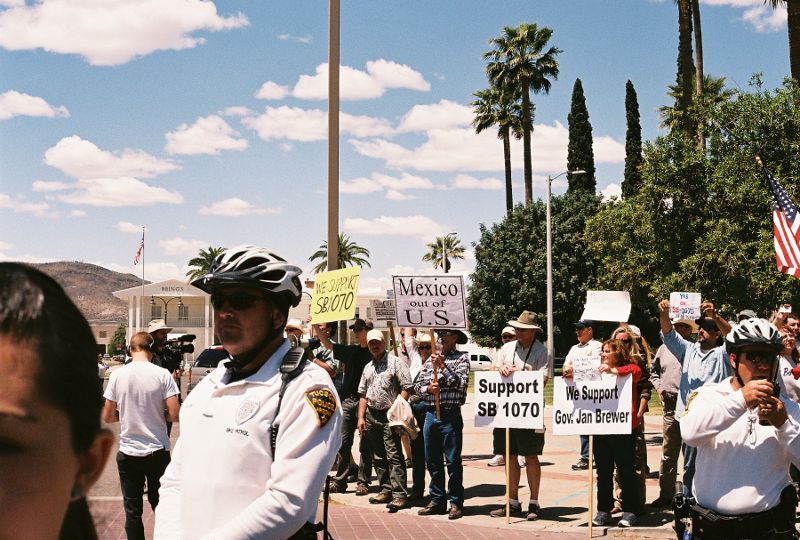 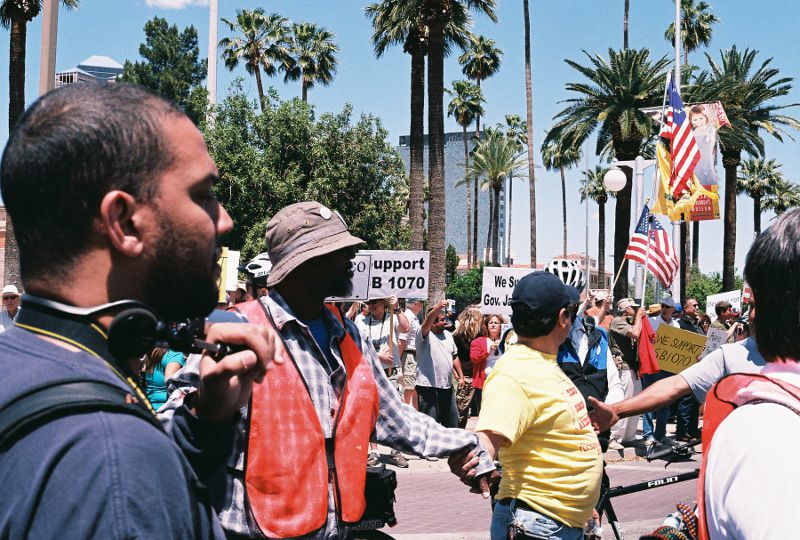 Human chain separating the two protests, which remained peaceful on both sides. 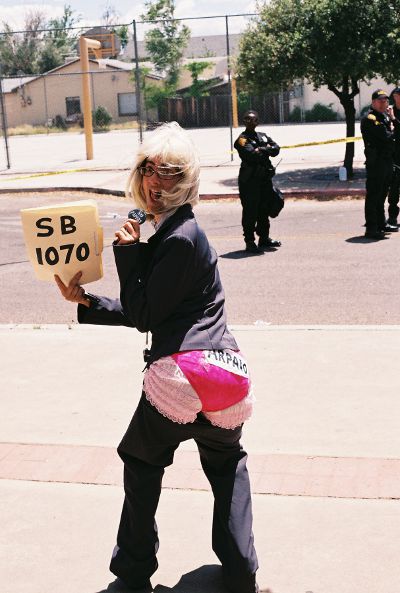 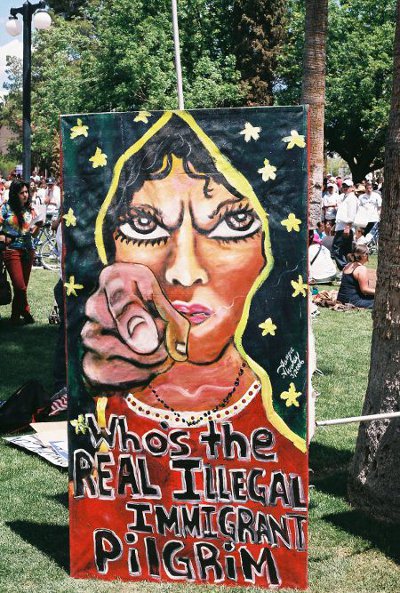 Performance artist expressing her disdain for Joe Arpaio, a prominent Arizona sheriff known for targeting immigrant neighborhoods; political interpretation of the Catholic saint “Our Lady of Guadalupe,” whom many border-crossers pray to for safety.

Text and images are Copyright © 2014 by David Arv Bragi. All Rights Reserved.